Navigating the complex world of policy, politics, and public affairs.

November 18, 2020
PHS secured a major victory today for client Sig Sauer after the state Executive Council unanimously approved the Business Finance Authority's (BFA) financing of the company's expansion to Rochester. The expansion will bring at least 300 jobs to the Lilac City in the next 2-3 years, with the potential to grow to as many as 500 jobs in five years and beyond. Under the $21 million deal approved by the Council, the BFA will purchase the Rochester property and finance the initial improvements needed to the facilities. Sig Sauer executives, Mayor McCarley, and other supporters have consistently highlighted the company's excellent workforce culture, commitment to working with local education institutions to provide people of all ages access to the high paying jobs, and history of being an good citizen in the local community.

PHS devised and executed all aspects of the public and government affairs strategies necessary to win local and state approvals of the various elements of the credits and incentives key to making the expansion a reality. The result today saw progressive and conservative members of the Council join together to support this deal, which was controversial for some because of Sig Sauer being a firearms manufacturer. PHS worked closely with Councilors to understand their questions and concerns, and prepped Sig Sauer COO Ron Goslin, who represented the company before the Council, to appropriately address all inquiries. Moreover, PHS made sure Rochester Mayor Caroline McCarley (D) added her voice in support of the expansion, which was important for Councilors to hear before ultimately giving their resounding approval.

The final step requiring government approval is consideration of the Payment in Lieu of Taxes agreement between Rochester and Sig Sauer by the NH Board of Tax and Land Appeals in the next several weeks. 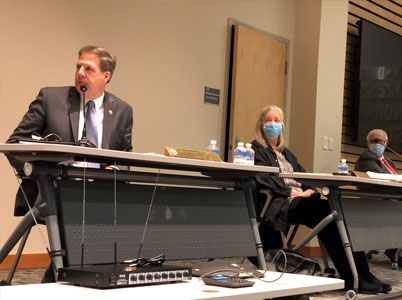 NH Governor Chris Sununu (R) (left) presides over consideration of Sig Sauer's expansion to Rochester during a meeting of the Governor and Executive Council on November 18, 2020 while Councilor Ted Gatsas (R-3rd District) (far right) looks on. 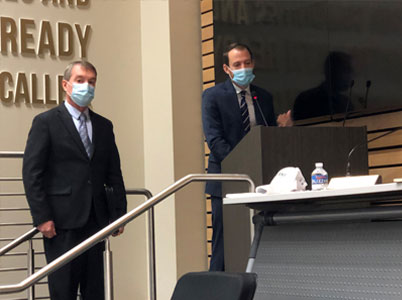 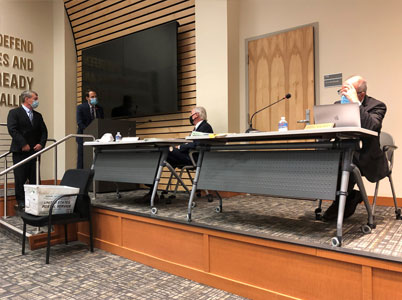